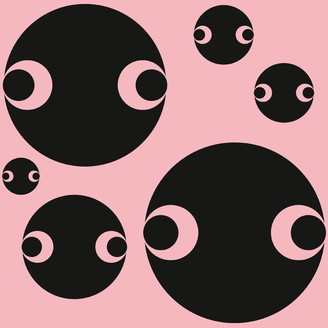 Play All 2x12"
As connected arrives at its 3rd year of existence the team decided to make a selection of tunes through this time as a recap and as an opportunity to also turn some of the tunes into remixes.  The remixes , including Olaf Stuut , Tim Engelhardt , Stefano Ritteri , Reboot and Moscoman will be released on vinyl alongside a brand new track from label heads Stereo Mc’s and the first appearance on Vinyl of classic connected release ‘Lust’ by Tigerskin K.E.E.N.E and Elli (David Mayer Remix). The label has been building steam over the last few years with increasing vigour and the remix release follows the label ethic with a diverse and underground feel to it plus some strong club action. Included in the past releases is David Mayer , Re.You, Nandu , Florian Busse ,Aaaron ,Floyd Lavine ,Pôngo amongst others.

1. Re.You – They Vibed feat. Lazarusman (Olaf Stuut Remix) Amsterdam native Olaf Stuut delivers a stripped down remix, that comes as a real musical journey. The track is mainly driven by a repetitive 808 drum beat, housed in an arrangement that is packed with sound design and work on the detail. With his latest releases Olaf has been exploring the borders between experimentation and club functionality, and so he's doing here. The original track is cleary recognisable by the distinctive voice of The Lazarusman, but Olaf creates a reinterpretation that is very pure, minimal and unique.

3. Aaaron , Hazel and Carolina Melean – Entropy (Reboots Entaclepuss Rework) Frank Heinrich aka Reboot delivers a remix in typical and well- known manner. Groove, groove and again groove, a lot of love for drum arrangements, plus a bit of weird modulation on the vocal are making up this great remix. This piece doesn't have a loud eccentric nature but grabs your attention over time and is not going to leave you until it's over. This remix of Aaaron's 2016 classic seems to be perfect for a Dj Set of smooth transitions where you just get lost in groove and rhythm.

4. Florian Busse –Jamieja feat.Lisette Santiago (Stefano Ritteri Turkish Rave Remix) Stefano Ritteri's first appearance on connected comes with a lean neo disco infectious rave workout which is taking the original to a completely new place. Mainly carried by a funky bassline and classy drum machine patterns, the flute-like synthesizer introduces an unexpected oriental flair to this remix. It feels like a daring undertaking which comes out great in the end.

5. David Mayer –Movement (Moscoman Remix) Moscoman's twist on David's 2017 release is a piece of playfulness in every aspect. Mainly made of repetitive marimba and xylophone melodies and classic house piano chords, this remix is giving a modern, timeless touch to the original track. You could call it an uncontrolled madness or the creation of a wild summer anthem.

6. Stereo Mc’s- Light At (Original Mix) The ever elusive Stereo Mc’s provide a new original track to the package that is driven by a dirty 8bit beat and comes as a analogue deep journey. A continuous hihat-loop keeps you on the rail here, on your way through fading snyth textures that create a very special atmosphere. Vocalist Rob is twisting his vocals with a daring, eastern melodic edge paving the way to a long hypnotic breakdown.

7. Tigerskin,K.E.E.N.E ,Elli – Lust (David Mayer Remix) Having spent most of 2017 on dancefloors worldwide and at the top of any club charts, here it is on glorious vinyl. A real classic on connected which deserves to be rediscovered again this year.