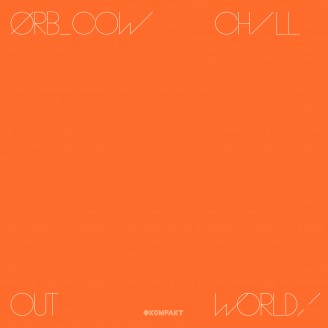 COW / Chill Out, World! The Orb

Play All CD
Being pioneers with a new album created in no more than 6 months, THE ORB are bound to be exposed to fan expectations running high, while quizzical questions about little fluffy clouds and the good old times take over. It's especially jarring as the duo of accomplished soundsmiths Alex Paterson and Thomas Fehlmann has become known for its genre-bending curiosity and surprising sonic detours, exploring experimental soundscapes as well as club-friendly beats. The funny thing is, though, that whatever the context, you know a track from THE ORB when you hear it. Case in point: COW / CHILL OUT, WORLD!, their latest full-length offering - a masterful ambient album that branches out in many directions, but unmistakably sounds like THE ORB in either ear (and probably to your third ear, too).

"The idea was simply to make an ambient album", Dr Paterson explains, "we didn't look back and study earlier recordings, but wanted a more spontaneous approach, a focus on THE ORB today, our vibe in 2016." In contrast to their much-acclaimed previous full-length MOONBUILDING 2703 AD (KOMPAKT 330 CD 124) - which took years to prepare and finetune -, the new album was produced over the course of only five sessions in six months, directly following the like-minded ALPINE EP (KOMPAKT 339): "it got so spontaneous that a track like 9 ELMS OVER RIVER ENO (CHANNEL 9) consisted only of material collected at North Carolina's Moogfest in May – second-hand records from local stores, field recordings, live samples from gigs that we liked, and of course an excursion to the Eno River, which actually exists. This geographic intimacy and the spontaneity are among the top reasons why we love this album so much."

Herr Fehlmann sees the duo's relentless gigging schedule as a formative influence on the new album: "the countless performances we've played in the last years - probably up to 300 - have brought us closer as a musical unit. The spice of our concerts is improvisation - a fertile process that we’ve brought to the studio, where we operate with very simple rules of engagement (in this case "ambient") and go wherever the flow takes us." It's an approach that one might expect from traditional acoustic instrumentation, not necessarily an electronic set-up, but for THE ORB it works wonders: "we're quite happy and also a little bit proud that we've reached this level of unscripted levity with purely electronic means. We're finessing ourselves, sort of, always looking for the next sonic surprise that leaves us rubbing our eyes about how the heck we got there."

Once more, THE ORB's trademark playfulness is on full display on COW / CHILL OUT, WORLD!, and it doesn't limit itself to the multi-layered sampling and psychedelic sound composites that the duo has become known for - you'll find it in the album title as well. The simple invitation (or order?) to chill out (relax? Calm the eff down?) is converted into an acronym – and the cow that you might expect to find on a Pink Floyd cover or with iconic UK chill-out/dance pranksters The KLF. It's not so much an obscure trope coming full circle as a perfect example for THE ORB's multitimbral approach to sound and meaning - a compelling, immersive journey to diverse places and impressions. Each track title is a conceptual work in its own right, playing with multiple references, some of which remain highly personal and mysterious. But the greatest feat of THE ORB's latest outing might just be how all this semantic doodling never gets in the way of the actual listening, at all times directly relating the artists' sonic vitality and cheerful nosiness. Chill out world! and treat yourself to an outstanding new ambient experience from THE ORB.