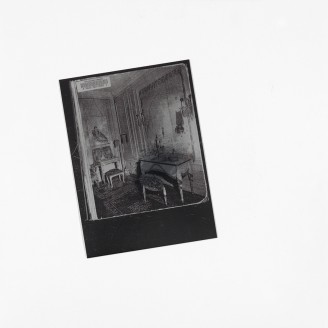 Play All LP
The "Crystal Flowers" compilation is a transposition of Florine Stettheimer's poems (published posthumously by her sister Ettie in a limited edition volume titled "Crystal Flowers" in 1949) into song or other vocal interpreta- tion by Karl Holmqvist / Stefan Tcherepnin, Lorraine O‘Grady, Dignity Sister, Ei Arakawa / Sergei Tcherepnin, DJ Complicated, Jutta Koether, Dan Fox, Megan Francis Sullivan, David Lieske, Kim Gordon, Fanki and the Frogs, Bogdan Mooczkowsky / Vilde von Krigh / Mikael D. Brkic, Steven Warwick / Magnus Schaefer. I associate Florine Stettheimer with moving to the city to begin art school, with making a friend, and struggling to find a motive in history that I could relate to, something to project into. During the late 90's, in a surprisingly homo- phobic and theoretically stale New York art school atmosphere, to come upon the scenes Florine Stettheimer painted offered secret elation and a sense of kindship. Flipping through issues of Charles Henri Ford's View Magazine in the library, I came upon Virgil Thompson's "Portrait of Florine Stettheimer", a musical composition as portrait, which, like Gertrude Stein's portraits in text, aimed for something like an affectionate caricature of someone considered a peer. This encounter with Florine Stettheimer "seen" through the lens of musical notation, reminded me of the charge of so many first encounters: the way in which the new "object" remains opaque yet also shimmeringly open, illegible, like a sheet of music, but not withholding. Ken Okiishi and I made a record on which each of us performed a sight-reading of Thompson's portrait on the piano. The effect was akward, amateurish - interpretation gave out under the technical challenge of simply trying to play the unknown piece - in some sense magnifying the tensions and pitfalls inherent in trying to invoke Stettheimer, or anybody. Some years later, Ken found a copy of "Crystal Flowers", and we were both thrilled to read the poems and the texts written "as 'tho from a diary" in the voice of Florine Stettheimer - to find that like her paintings, the poems are so "present". Stylized, ornate, jazzy, sharp, wistful, sugary - the poems jubilantly synthesize in Stettheimer's unmistake- able tone the pleasures, pangs, and aspirations of a life in culture. It seemed to lie on the hand for these poems to find other voices, or the response that they call out for at this point in time, perhaps as a way to measure the difference. I wanted to "re-publish" this small volume, intended for "Florine's friends and the friends of her paintings," in a warped way, and landed on the form of an LP collection of songs and voice tracks by various individuals interpreting or refracting the text. While some of the people I invited already knew Florine's work very well, for others this was an entirely new encounter.