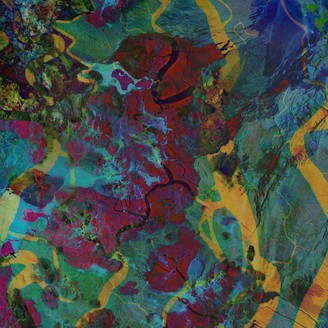 Play All Digital Album
Resili are Frazer Graham and Isa Gordon, long term friends that began collaborating musically in 2018. This duo started as a bouncing back and forth of ideas. Isa has a large part in the generation of musical ideas on live and digital instruments. Frazer’s specialities are playing with the programming and development of these melodic elements, including making and deploying a mighty catalogue of field recordings. A cyclical reprocessing and rearranging of each other’s work then begins to whirl between the pair, in the search for somewhere else, they follow the sounds into new realms.

Outside of music Isa Gordon is a design engineer and 3D modeller based in Glasgow. Frazer Graham is a cabinet maker based in Edinburgh.

Our debut spans moods and processes. At times ambient, pillowy and whimsical at others driving, percussive and pensive. It’s a reflection of the diversity of inspiration that we’ve drawn on. Being able to bounce the music back and forth as the field recordings and melodies are developed and restructured, creates these snapshots of feelings and places.

We hadn’t set out to start a long term project but found a process and expression we both wanted to explore and a project we wanted to nurture.