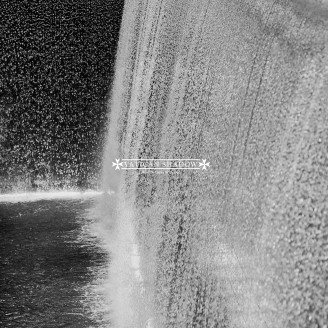 Play All 2xLP
• Double vinyl edition compiling selected tracks originally released as a set of six cassettes via Hospital Productions in an edition of 100 • Mastered and cut by Rashad Becker at D&M, Berlin • A triple CD Edition with extra tracks will be available on Modern Love soon • Bleak and feral tape music - some of Dominick Fernow’s best in recent years

“Death is Unity With God” finds Dominick Fernow returning to the kind of feral, burned-out productions which for our money find Fernow at his very best and which dominated “Ornamented Walls” released on Modern Love back in 2012. This vinyl set includes 12 out of the original 20 tracks from tape pack (a triple CD Edition compiling all the material will be available via Modern Love in the near future) and clocks in at an hour and a half featuring some of the most compelling productions from Fernow yet. Nodding to classic Muslimgauze but inspired by the parallels between religious fundamentalism at home in the USA and abroad, the oppressive atmospheres and destroyed rhythms isolate the gutted toil and drone in ‘It’s To Come’, while ‘F.B.I. God’ reduces the drums to scorched blasts against some harrowing, darkside chords. The quasi-speed torment of ‘Manufactured Silencers Under Direct Orders’ ends the a-side filled with dread, flowing into the haunting chorales and chiming percussions of ‘Living on and off at the Shadows Motel’ and the scything techno roil of ‘Small Explosives and Blasting Caps Inside the Pages of a Phonebook’, before a particularly affective chamber-like meditation, ‘McVeigh Figure’ draws aesthetic lines between ambient black metal, Coil and early Autechre. ‘Waco (Postmortem)’ ends the set operating nearly out of earshot with those incredible, sashaying synth motifs persisting with its struggle against the patina of hiss and exasperated rhythms blurred around the edges.