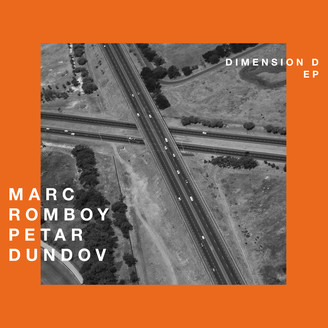 Play All 12"
After the highly acclaimed debut EP „Caper Tran“ Zagreb based Petar Dundov (Music Man, Cocoon) and Marc Romboy (Kompakt, Systematic) have teamed up once again in order to release their definition of what THEY call techno.

„Dimension D“ is once again a stunning hybrid of both´s sound signatures, with rough and addictive beats accompanied by their destinctive way of programming hooky arpeggios.

„Meteor shower“ was produced after a dream Petar had after the first production day in Marc´s studio. Inspired by the pictures which remained in his brain they switched on a Minimoog, Buchla Music Easel and a Juno 106 and started to make a trip into sounds which could be a soundtrack of such a bloodcurdling scenario. Purest techno!