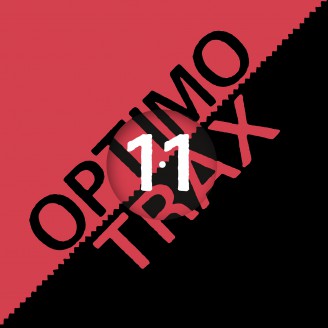 This Illumination track from 1998 has been a long time favourite of Twitch's that can instantly change the atmosphere in a club, sounds like very little else, is eminently mixable and great fun to mix with. It was only when the master arrived that the realisation came that for all these years he had been playing it at the wrong speed! It is meant to be slow but Twitch had always played it at 45 instead of 33. The vinyl version will be pressed so it can be played at either speed while the digital will be the sped up to the 45 version. It starts off soft and dubbed out until the almost overwhelming bass tones appear only to make way for apocalyptic drum cascades that on a good sound system truly sound like the end of the world.

Mr. Marvin's "I Want You" came out on R&S offshoot Global Cuts in 1993. Made by Italian, Marvin Sasha, who under the name Sasha made a great series of timeless EPs around the same time, this is a hypnotic tribal gem with seemingly random, panning vocal interjections. Great in the mix but much more than a mere mixing tool.

Lastly is Fuel's "Rigid" which came out on the UK label SCR in 1995 at the time when Chicago's Relief Records were taking over the more discerning DJs’ record boxes. This sounds like it shares some DNA with one of the many crazy tracks or remixes Green Velvet was making at this time; Industrial strength, stroboscopic snare tattoos that will have you reaching out for the smoke machines on button every time.

All three have been tried and tested countless times since they were originally released and come with an Optimo Trax guarantee that if played in the right way, at the right point in the night they will not fail to work on the dancefloor, or you get your money back.