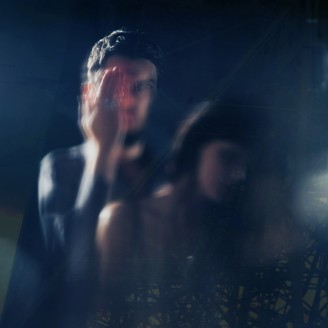 Play All Digital
The newly formed project of Claire Brentnall and Richard Knox; Shield Patterns has always shown a sophistication beyond its age, with first single 'The Rule' gathering attention for it's blend of minimalism, fragility and warmth. After retiring to the wilderness and isolation of the North Wales countryside to record a follow-up, the duo return with a new single and UK Tour, its teaser video implying a much darker, richer soundworld.

The resulting single, 'Dust Hung Heavy' tempers their warmth with a cinematic pace and timbre, leading us deeper down the rabbit hole. Here, the delicately shifting particles of their second release are laden with earth; bass resounds ominously throughout as light electronic beats tap a morse code in anticipation. Brentnall's vocals weave a bewitching refrain until the swell gives out to trembling, spacious piano phrases. Warm synths shift in colour and shape beneath, lending textural depth and subtle dynamics to the song.

All of which is done without dispersing the mystique of the duo, or discouraging us from believing that lead can be transmuted into gold. The piece sounds like falling – slowly, gracefully, and not without hope, but still falling; a white shape in the darkness tumbling downwards.

The single features three remixes from; Dutch Uncles, Veí and From the Kites of San Quentin.