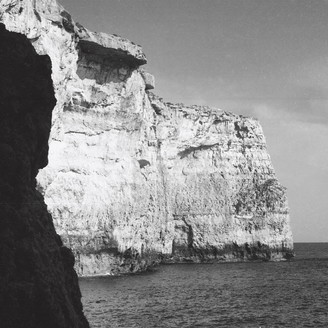 Elephant Island Tonight Will Be Fine

Play All LP
Gone with the flow – after a little break the German musicians Julius Steinhoff and Abdeslam Hammouda revived their musical adventures and left all electricity untouched this time. For their new acoustic project the duo has chosen the alias Tonight Will Be Fine – a name that is familiar to those who followed their work in the past years. As Steinhoff & Hammouda they used the name for their first 12" on Smallville Records, the worldwide acclaimed house and beyond label and record store that Steinhoff co-runs. Now they reheated the phrase and chose it as the alias for a bittersweet acoustic singer/songwriter project. Their wonderful, captivating new musical venture came into life due to happenstance and old ferventness. After their trips into house music the duo parted geographically. Hammouda moved away from Hamburg while Steinhoff strengthened his label Smallville, built up a global DJ career and produced acclaimed house records on diverse labels – solo and with his buddy Dionne as Smallpeople. In all the time Steinhoff and Hammouda never stayed out of touch, bound together through deep friendship.

At some point they met again for musical missions and started to record music that had nothing in common with their prior work. Steinhoff re-activated his self-taught guitar abilities and entered the studio of his friend Lawrence in the back of the Smallville record store to capture some steeldrums and vibraphone sounds. Hammouda brought more instruments like a banjo, a violine and tablas and they just started to record sketches and songs. Hammouda's musical backround leads to a widespread range of influences while growing up, before he got into producing hip hop and electronic music. For Steinhoff, the transformation from an electronic music producer into a singer/songwriter wasn’t that new too, as his first musical steps have been routed in band music. Until his late teenage years, when he discovered house and techno, he played drums in a local indie group in Freiburg and for Tonight Will Be Fine he now also freed his old drum kit from cellar dust.

After the duo felt that their musical communication elevates into something more profound then a session thing, they provided themselves with additional instruments like new guitars, claves, an accordion, a piano and more. “Initially the songs were very rough and sketchy. Musical ideas that did not have a real song structure. Then we started to arrange the tracks and added our voices and lyrics.” both reveal. Their charming singing covers almost the whole album with a characteristic sense of deep winking melancholy. Their lyrics are exercising the possibilities of words and are inspired by life, the world and all the those questions a human can ask in his time on earth. At some point both started to show their new songs to some friends and they liked it and encouraged the duo to move on. Somehow one of the tracks landed in Toshiya Kawasaki’s mailbox. He instantly fell in love with it and asked if they would like to do an album for Mule Musiq. They did what was asked and after some reformatting and reinventing Tonight Will Be Fine originated 13 songs full of sweeping acoustic guitars, airy rhythms, piano melodies, gloomy accordion emotions, touching voices and a bunch of other exotic instruments, done without the help of electronics. They all form “Elephant Island” – an incredibly inspirational place where impressionistic lyrics dance gently with kinetic acoustic music that comes out of plain jamming fun. The melange of a structured song base and free improvisation injects all songs a loose feeling. And shows two handsome fellas carving out their own musical utopia. It is a warming one, full of hope and musical freedom powered by an unabashed instrumental playfulness.