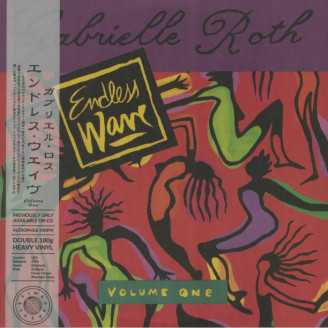 A classically trained dancer, Gabriel Roth was involved with the early ’60’s counterculture movement as a dance instructor for therapeutic workshops at the legendary Esalen Institute in San Francisco and Arica School in New York. These facilities and groups played key roles in the Human Potential Movement in psychology which later led to Transpersonal Psychology and the New Age Movement.

Through direct encounters and training from the era’s noted psychologists, philosophers, anthropologists, and spiritual gurus, she single-handedly rediscovered and redefined the ancient shamanic technique of ecstatic dance, establishing a method she named 5Rhythms in the late 70’s.

The practice of 5Rhythms consists of five movements: Flowing, Staccato, Chaos, Lyrical and Stillness. Through this dance sequence difficulties and obstructions in life can be identified and ultimately overcome. The sequence of the rhythms helps create waves that allow the dancer to reach a point of inner stillness. It is a globally recognised movement meditation practice with over 400 qualified teachers in more than 50 countries. Though Gabrielle Roth passed away in 2012, her spirit and legacy have been passed down through her family and extensive followers. It is still being practiced today. [info sheet from distr.]