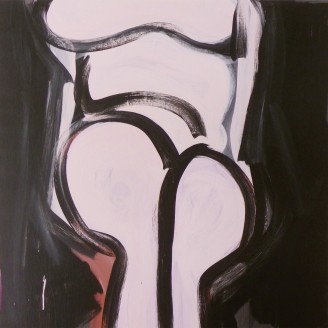 Play All CD
A touch of classical music, left field electronics, ambient love affairs, and discreet dubby house emotions without a kick drum: the third instalment of Mule Musiq’s famed „Enjoy the Silence“ sampler serial swings gentle, tricky, and multidimensional. Already twice before the label from Tokyo delivered compilations full of music by contemporary artists that explore sounds beyond the common definition of ambient. This time the atmosphere is focusing on avant-garde textures that got a touch of very diverse genres and styles. What all tracks have in common: they spread music that allows the listener to stop time and reflect on things. As Mule Musiq always been a label that got some core artists once again Koss, Lawrence, and DJ Sprinkles aka Terre Thaemlitz are part of a dovelike sound cruise that allows you to be in many spaces and places at the same time. Beside them some new names on the label like Vermont, Recondite, Petre Inspirescu, or John Roberts deliver musical voyages that seem to be produced by unique subconscious decisions and not by assembly line craftsmanship for art.

The sampler kicks off with Hauschka and his composition „Wind“ - a two minutes something arrangement in which the prepared piano player from Düsseldorf converges two dulcet melodies into a soulful arch of sweetness that purely draw the listener into the sampler gently. Right after his sublime piano gem the Romanian producer Petre Inspirescu, usually famed for fine-grained minimal house trips, shows his second face as an arranger of haunting musical soundscapes. His track „Lumiere“ melts classic and electronic into a tempting maelstrom that celebrates the freedom of leaving blanks. The very special magnetizing quality of his music can be felt twice. His second contribution is called „Pan’la Glezne“ and it seduces with starry-eyed violins, piano minimalism, and pulsating electronics. Also Japanese musician Koss plays profound with the piano and let it flirt with glockenspiel, wind instruments, and softly wiped drum brushes in order to become the listener’s new best music companion right away. The only remix work on „Enjoy The Silence Vol. 3“ is produced by the magic mind of Terre Thaemlitz, who re-edits a track by young Japanese artist Daisuke Masuo aka Primula into a deep absorbing melancholic ambient piece which bedevils with a variety of submerging and emerging sounds. A dark deepness that only Recondite, Berlin’s number one in the area of electronic melancholy, can reach too. His track „Corvid“ could be the main soundtrack theme of a futuristic psychedelic western in a world with little light and loads of romantic hope. The freshly formed duo Vermont, consisting of Innervisions artists Marcus Worgull and retro futuristic German House pioneer Danilo Plessow aka Motor City Drum Ensemble, serve „Leerer Rat“ - a playful crescendo arrangement guided by an airy feeling for krautrockish proportions, an instinct for space melodies, and an emotional language between two souls spoken during sonic adventures on vintage analogue synthesizers. The most nervous seducer on the compilation comes from the New York City native John Roberts, who let trumpets, piano, and violin dance with fidget percussions. Another more classic related approach to ambient music that the producers Roman Flügel or Lawrence mainly avoid in their compositional contribution. Even if the former touches some classic atmosphere with his track “The Sky (According to Sapna)“ - the stretched sounds and melodies in it are determined by a more typical ambient magic. The latter – a man from Hamburg that co-owns Dial records and a the fine Mathew Gallery in Berlin – delivers a dub loving tempter that comes around with a little hint of house while letting spheres of magical tones free wheel.

Altogether ten tracks by nine children of Brian Eno, Cluster, Arvo Pärt, and Steve Reich, who all express something honest and unsophisticated while using their machines and instruments in a heartfelt way. That is why „Enjoy The Silence Vol. 3“ bewitches in its overall atmosphere as a passionate laid-back musical statement for a world with so much noise, in which we all appreciate a bit of silence to which we can enjoyable listen for hours and hours.