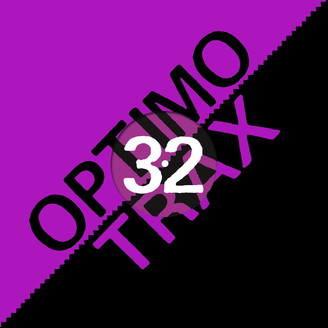 Play All 12"
The penultimate release on Optimo Trax (at least for now) comes from Tel Aviv’s mighty Kalbata. I was already a big fan and was so delighted when he got in touch to see if I would be interested in releasing something by him. Unusually for Optimo Trax this is one track in 3 versions but each version is so different that often I play them all in one DJ set. Originally there were two versions but as Kalbata is a renowned master of dub (check out the documentary online about him recording in Jamaica), I gently persuaded him to do a no-holds-barred dub mix too which appears here as Enkuan pt 3.

A few words about the record from Kalbata – I went to Ethiopia in the beginning of 2017 to record musicians. The most memorable one was Mulugeta Teshome who plays the Washint flute on this record. It’s a traditional Ethiopian flute made out of wood, and Mulugeta came to the studio carrying a whole bag of them, each one in a different key. We chose the scale and started the recording session. I ended up taking the tracks a lot further with the three cuts on the record but really it all started that day, in a small studio shack in Addis Ababa.