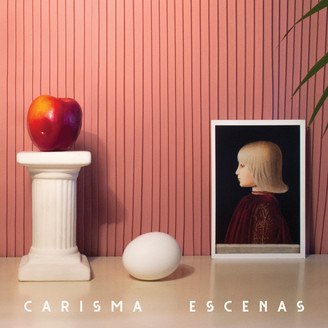 Play All Digital Album
“Escenas” (scenes) is the first release of Amplio Espectro, a new label run by Carisma that will deliver music just for one year with a monthly agenda. Amplio Espectro is a time capsule made of outsider electronic music by people who don´t care about rules or genres. A welcome message to a new decade. Lets talk about the record: “Escenas” is Carisma´s second album and their most introspective work so far: an erotic and mental journey through broken rhythms and ghostly melodies. A soundtrack for eight different imaginary movie scenes that ranges from beat meditation to bondage ambient passing through trip hop infused techno that will transport the listener far away from reality. Each track (or scene) leaves you in the perfect spot for the next frame and the whole journey along the album is a fluid trance that claims for a second listening to discover its essence. “Escenas” is made of grungy beats with a romantic approach. Drum machines and heavy processed synths, pedals, sound modules and samplers were recorded live but mutated through the unlimited tools that digital audio provides. On this record Carisma worked with Diego Irasusta (half of Djs Pareja) as an artistic producer who provided a third pair of ears to develop and understand this sonic statement.

Nuevo Amanecer is the track that dramatically opens the album as a red blood curtain made of arpeggios and fast bassdrums. En tus sueños gets closer to a dub pop sensibility but it changes all the time leading you to a labyrinthine sonic adventure. Listos is pure sensuality and deepness, a manifesto of the joy of being lost in sound. Perfect for dancing with closed eyes. Music withouth prejuices to dream in the club or dance in bed. Espirales is like one of those dreams that are closer to a nightmare but still enjoyable to experience. It could have also been called “Where am I?” and it´s a trip-hoppy song full of weird vocals, broken beats and crazy synthesizers. Luners is the techno track of the album considering the word techno in a very wide sense and sounds like pitched down Gabba made by an alien. Fracciones is a dissonant and noisy track with melodies that come and go as if there were missing cobblestones in the street, shaking us in a Detroitish fierce attitude. Reserva sounds like underwater bondage: whips and deep-sea creatures, all together in a science fiction film. Ultima vez is a romantic and conclusive dusk of the journey. A bassline feed of reverb; congas and a robotic melody serve as a transparent canvas for far away resonating messages.