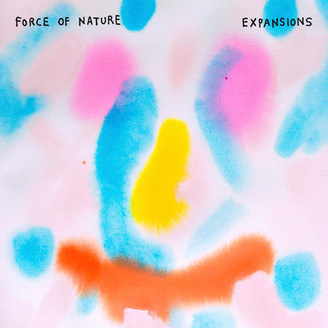 Play All CD
Is it a heartfelt contemporary DJ reference the legendary Lonnie Listen Smith & The Cosmic Echoes Album or just a musical confession of a higher state of mind: „Expansions“, the title of the new Force of Nature mix cd, allows possible conclusions in both ways. The mix of KZA and DJ Kent has an ageless spirit full of cosmic echoes that don’t seem to be some in the first place. It shows the free wheeling groove of two long time friends from Tokyo that share the same musical taste and vision to expand their consciousness. During the last decade Force of Nature emerged as a duo that creates music under the guidance of their large vinyl collection and background as loop loving HipHop devotees. In and outside of Japan they produced and remixed artists such as DJ Shadow, Five Deez, Sly Mongoose, You the Rock and Keiichi Sokabe.

Beside making music they been and are an active part of Tokyo’s DJ culture. Till today they release three full length solo albums and twocooporation longplayers with artists such as Fat Jon or Tsutchie. They also toured massive around Japan, Europe, and the USA to spread their musical vision all over the planet. In the last years Force of Nature been quite interms of collective production work. KZA released a string of highly acclaimed solo records on Endless Flight while DJ Kent emerged with his own unique sound and musical style to one of the most highly respected DJs of Japan. Now they joined their force of nature again for a mix cd that is not concerned about what is hip and hot. Timelessness is the leader and house, disco, balearic, and cosmic vibes in a gentle way call the tune.

The mix starts slowly with a melodious folk guitar-laden dub version of the track „Lay“ produced by Leeds finest audio seducer James Holroyd aka Begin. With the passage to the Lexx remix of „Field of Dream“, a guitar loving balearic track originally produced by The Project Club, their mix start to highfly and gets breezy, open, and full of groove. From then on the two fall over to the funk side of the fence and start to serve the dancefloor without forgetting that musicality comes always first! From the young but experienced British duo Seahawks to an Italo loving track by Boys From Patagonia, from Canada’s finest kraut-disco seducer Eddie C to a soulful froggy DJ T remix of a track by Compuphonic from Belgium and a Larry Heard influenced acid-lover by the NotNotFun records newcomer Andy Sangria:their selection features with a to die for atmospheric touch a wide range of established acts and new cats on the scene.

But as said before: music comesfirst so names don’t matter in the first place. „Expansions“ reminds you on that with an irresistibly sensual groove full of silky luxuriant tones thatcarry the groove to the melody and way back. A mix that spreads a slinky grace and that is highly infectious due its deepness towards storytelling with dancemusic that goes far beyond the dancefloor. It also tells that Force of Nature are the right fellows when it comes to party vibes that let the sun shine in while simultaneously staying a bit murky. „Expand your mind to understand we all must live in peace to earth. Extend your hand to help the plan of love to all mankind of earth. Expand your mind. Expand your mind“ Lonnie Listen Smith once sang. If his plan is still newsworthy, then Force of Nature mixed the mix for its coeval dancefloor implementation.