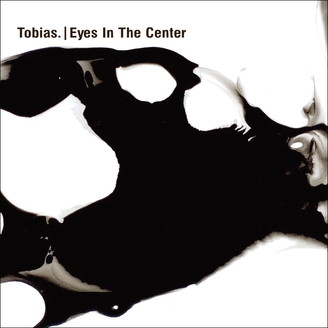 Eyes In The Center

Play All CD
Tobias. returns to Ostgut Ton with his third full length Eyes In The Center and expands the musical narrative laid out by his Helium Sessions EP (O-TON, 2016). The Berghain resident keeps exploring the vast modular synth-driven Techno, Experimental and Ambient territories on a journey in-between genres.

Tobias Freund is long established as an influential artist and has – since the early 1990s – been working as a professional producer, sound engineer, label owner and strictly live musician. Besides his early solo projects (such as Pink Elln, Metazone or Phobia) he’s also been collaborating with Dandy Jack (as Sieg Über Die Sonne), Ricardo Villalobos (as Odd Machine), Max Loderbauer (as NSI.), Valentina Berthelon (as Recent Arts) and Atom™ to only name a few. With his vast experience, diverse output and interests, Tobias. doesn’t tire to actively push against existing boundaries and explore new areas of electronic music.

On Eyes In The Center Tobias. sticks to this mantra. The album, instead of following a stringent musical concept, channels a certain attitude and sovereignty fed by almost three decades of Tobias. expanding his skills in music production, in their entirety the 12 songs work as a raw, unpolished collage and evoke the spirit of (Post) Punk and the more experimental niches of electronic music. Think Chrome, Residents and Throbbing Gristle – but not Kraftwerk. Or think The Human League, Yellow Magic Orchestra and Der Plan, but think more in terms of musical attitudes and concepts rather than past sound aesthetics.

Even though Freund still owns the same Roland TR-808 he bought from his first wage in the mid 1980s (when he worked as sound engineer at FAR Studios owned by Frank Farian) his studio machine park has significantly evolved and got a lot more refined since. With all these machine at hand Tobias. opted for limiting the gear used during the making of Eyes In The Center to avoid losing himself in possibilities. But it's all there: the slender, multi-layered, hypnotic club-ready Techno cuts that dominate his live sets at Berghain and at clubs and festivals around the globe (“Blind Mass”, “Syndrome”, “Visitors”, “Vertic”), leftfield jams that dodge clear stylistic classification (“Cr 24”, “Single Minded”, “Geometric” and the epic, eponymous “Eyes In The Center”) and the very atmospheric, intimate and introverted ambient listening pieces (“In Between”, “Beautiful Mistake”, “El Mundo Será Feliz”, “Autopoiesis”).

While Eyes In The Center as a whole can't be pinned down to a certain mood or sound, there is an underlying concept in reference to the idea of autopoiesis, meaning ‘self’ and ‘creation, production’, a system which reproduces and maintains itself. Originating from the scientific fields of chemistry and biology, applied to machine music it’s intriguing – what else is a sequenced loop: a flow, a rhythm that keeps rolling, maintains and reproduces itself. Spearheaded by Chilean philosopher and neuroscientist Francisco Varela the song “Autopoiesis” uses Varela's own reflections on this topic. On Eyes In The Center Tobias. expands his exploration of these ideas that already informed his work with Chilean visual artist Valentina Berthelon on their joint audio-visual project Recent Arts in 2016.

As a statement of Tobias.' personal philosophy and state of mind, as a mix of science, meditation and rhythm, Eyes In The Center stands in a long tradition of electronic music, scrutinizing the self while reaching out towards the unknown, approaching sound with an appetite for the new, in the tradition of true innovators.