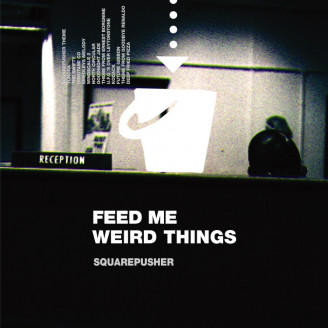 Play All 2xLP+10"
Warp Records is delighted to announce the release of a very special anniversary edition of Squarepusher’s debut album Feed Me Weird Things, virtually 25 years to the day from its original release in ‘96. First released on the now inactive Rephlex label, the album has not been available on streaming platforms until now and has been out of print for more than a decade. It will be reissued on vinyl (2 x 12” 1 x 10” + booklet), deluxe casebound book CD and all digital formats.

This complete edition has been remastered from the original DATs and features two extra tracks which were first released on the B-side of the Squarepusher Plays… EP and later featured on the original Japanese release of this album. The edition also includes a 16 page booklet with personal photographs, ephemera and candid notes from Tom Jenkinson, throwing light on the early days of his career.