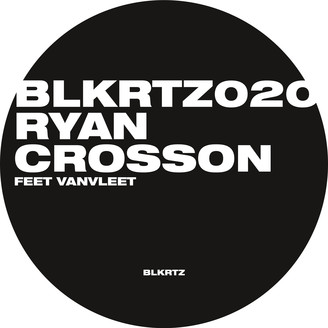 Play All 10"
The 401 highway which connects Detroit on it’s southern end and Montreal some 900 km to the north east is quite possibly one of the most ugly, boring drives known to man. A seemingly endless stream of nondescript pine wood forests and cookie cutter suburban hell holes fill the gaps between 3 magnetic poles. Detroit, the Motor City of former untold grandeur, and current bastion of cheap rents and boundless American artistic enterprise. Toronto, the city Drake built, alongside the World Champion Raptor basketball team from which this EP takes it’s inspiration. And Montreal, the sin city of the north, the French Canadian Mecca of contact dancing strip bars, where bikers and the Mafia’s 6th family jockey for power and have everyone from the mayor’s office on down in their pockets. No great surprise then that this geographical well spring of nocturnal indulgence and scrappy street hustle has produced some of the greatest music purpose built for late night dance floors, be they housed in gay bars, illegal raves, private lofts, after parties, or forward thinking drug dens. And if any two people were qualified enough to recount the sordid tales one might find in the nooks and crannies of these secret sanctuaries of the wee hours, rest assured Ryan Crosson and Deadbeat have stories for days.

For the 20th release on Deadbeat’s BLKRTZ label, these 2 long time friends deliver 2 atom bombs of breaks driven groove filled with dubbed out vocals, massive funk and impossibly heavy bass weight, sure to appeal to fans of their previous work and Djs from across the dance music spectrum. House, Techno, Breaks, Two Step, Dub Step, Hardcore...File under HEAVY weaponry and love for days.