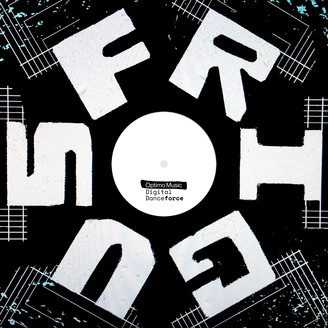 Play All Digital Single
ALF CHAMPION is a DJ, Producer and Visual Artist born and raised in Guadalajara, Mexico. Almost everyone who hears about him thinks his name is a dumb made-up name… but actually that is his real name.

Alf’s passion for music started since he was a little kid (7 years old ) when he told his parents he wanted to play drums, but his parents were not convinced at all. They were afraid of all the noise so they gave little Alf an acoustic guitar instead. That is when he started playing guitar. A couple of years later he started his first band, but it didn’t work. So he started a new one, but it did not work very,well either. So he decided to stop with bands, as by that time he was just studying high school and downloading tons of music on his free time. When he started college, he met lots of new musicians and that was when he started his new band (RAY COYOTE). This was also the time he started djing. When the band was 6 years old, the drama started to happen. The drummer decided to leave as well as one of the guitarists, so that was when Alf decided it was a good time to start working on his solo project. And… here we are !

Words about the release:

This material was the result of severals months of work. The first track I did was “Lucidus Somnia”, and it’s about the mystery of lucid dreams. It took me several days to conclude this song, experimenting with different capture methods. The second track I did was “Raptum” which is a bit more aggressive and tells the story of an alien abduction in a fun way. The last track “Frigus Frigus” is a bit more romantic, slow and friendly, and I did it to counteract the intensity of the first two tracks.