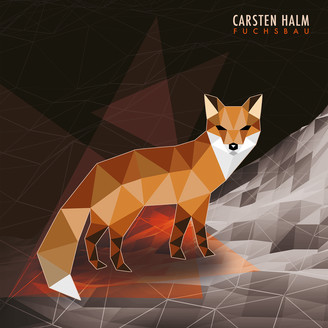 Play All 12"
After the very successful debut of the Cologne based artist Carsten Halm on Traum in June, we here release his second EP "Fuchsbau". The release comes on vinyl as well as digitally. The EP kicks off with the title track "Fuchsbau" which works its way steadily into the dancers heart by adding melodies to the arpeggiator that trigger imaginations of a romantic kind that are touching but also energetic and stormy at times.

"Hummel" starts with a drone sound that is joined by huge pads achieving a quality of boundless generosity. This feeling of unselfishness where you are the guest rules this track and stands for a superb performance. "Hummel" incorporates the new feel in house that you can find in some of the best releases around.

"Fernweh" is at the beginning pure energy, a current of waves… that sees its turning point in the break which puts it on the bestseller list of epic trance music. The contrast between the techno rawness and the refined piano melodies could not be more obvious, yet this makes the track so special and prepares it for performances on festivals and bigger clubs serving an exceptional collective feel.

The English producer and DJ Yeadon hailed as one of Britains biggest talents in the field of progressive house with a strong drive with releases on Global Underground and UV has remixed the title track "Fuchsbau". The interpretation is a great take on the original. He moved the original more in the direction of gentle cinematic seductive house music which appeals to a wider audience.

The vinyl comes with the cover art of Cologne graphic designer Daniela Thiel who also designed Carsten’s first EP "Taubenflug" and who also works for ARTE.

key selling points: Carsten Halm is a Cologne based artist who is supported enormously by DJ Solomun, and who is remixed here by one of the great new talents of the British melodic house scene with releases on Global Underground and UA. Check out his new energetic melodic techno tracks on Traum as well as the remix by DJ Yeadon.