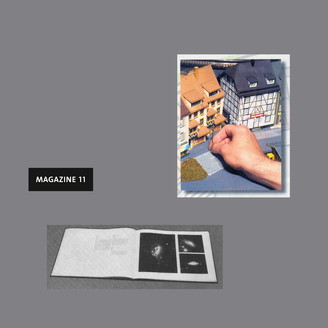 Play All 12"
Here are two pieces by NAUM GABO (Jonnie Wilkes and James Savage) which we used to slow down in many sets and we still do. The speed change from 45 to 33rpm transformed them into new tracks, pulled them over from Glasgow to Cologne, placed them in a different genre, converted the intended scheme into an acquired effect – set a model into a world.