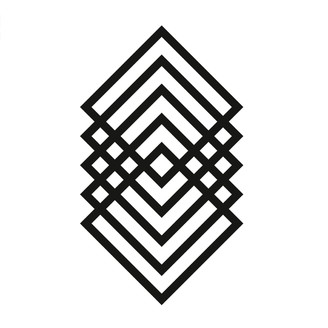 Play All 12"
Just This is Hunter/Game new label based on their well known party in Milan. Just This is the expression of a social, metropolitan and underground movement we are living and going through all together. Our Mission is to give room and importance to Art and Music which are still evolving day by day. Just This is aimed to frame these changes, which are going to be the picture of today and the future memory of the cultural movement of this age, throughout a series of messages, images and sensation drawn inside the audience.

Furthermore, thanks to the energy, the happiness and the magic charm of our parties and events, talented and unique artists, from all over the world, use their way to interpret music to communicate people the real core of this change: the future is changing...

HUNTER/GAME Hunter/Game is a game; It is a game about an unknown hunter who roams in the night; silently he walks unobserved, he quietly waits in the night, while listening to its gentle commotion, he is part of it, he lives for it; the voice of the silence whispers mysterious words, darkness vibrates lost melodies. All of this is our inspiration. All of this is our expression.

Hunter/Game project was born thanks to the artistic inspiration of two Italian producers based between Milan and New York. The sound comes from a deep groove and it evolves thanks to electronic and indie influences, while keeping techno inspiration as its main element. Their unique sound, bring them already to the biggest worldwide stages. From historical clubs as, Fabric London, Studio 80, to The Cable, Sankeys Ibiza, Hive Zurig; Passing by international festivals such, Miami WMC, Amsterdam ADE, Bermuda Berlin Festival; And overseas tours, from Brasil at Playground Festival and Mexico till Australia for Pulse Radio. In addiction they are founders of the well known, Milan based party called “Just This” performing secrets venues, in which they are able to express themselves without boarders. Their single dedut “Touch Me“ climbed really fast all deep house charts, and after their most popular remix for (Blond:ish – Lonely Days) they were under a big spotlight. They released on the most wanted Labels of the electronic scene as Jamie Jones’s “Hot Creations” Label, Solomun’s “Diynamic”, “Get Physical”, Sasha’s “Last Night On Earth. Working officially as remixers for Abby on Universal Records. Envolving their sound into more mature sonorities, ranging from breakbeats to ambient influences, remaining connected to a techno base. Based now on “Last Night On Earth” tank to Sasha’s faith, will see them summer residents at the Never Say Never party at Ushuaia Ibiza.