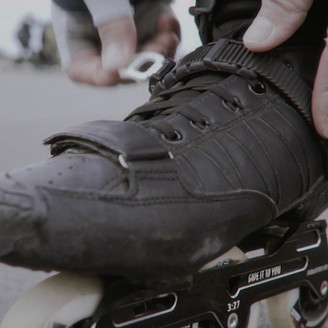 Give It to You Martha Rose / Balayage

Play All Digital Single
»Give It to You«, out on 2 July 2020, is the third single from Martha Rose’s forthcoming second album »Undress & Dive After«, to be released on 31 July (download / stream) and 4 September 2020 (vinyl) on Treibender Teppich Records (Stuttgart; vinyl, download/stream for World excl. GSA)) and Martin Hossbach (Berlin; digital, GSA only).

About the song and video Rose says: »One day, Balayage called and asked if I’d come to the studio and sing over a sketch that they’d been making. I went along, and ˜Give It to You emerged immediately. Some lyrics had been cooking in my head for a few days since a funny encounter in the bar where I work. I was feeling a bit tired out, and wanted to make a half joke/half true song about how much love I had left to give. At the same time, I wanted to show my appreciation for the sweet otherworldly conversations I got to have in these midnight encounters. I loved playing the little keyboard solo, and we had the great honour of featuring electric guitar legend Birdie. The accompanying video stars Benedikt – a local sweetheart with a passion for hot wheels. It was filmed by Balayage on bike, with camera by Chris and editing by Flo. We were captivated by Benedikt’s positive vibe and smooth moves, and wanted to capture his evening ritual just as it is.«

Rose learnt to play the violin as a child, and studied English and German literature. She began writing songs after she was given a guitar wrapped up in newspaper by her first boyfriend. She has since gained a cult following in both the UK and Germany (especially in Berlin). Her debut album, »Spit«, came out in 2016 on Treibender Teppich Records. She has been working extensively with other musicians as a multi-instrumentalist and has supported artists such as Kevin Morby, Ilgen-Nur and Joan as Policewoman. She has performed and recorded with Berlin-favourites such as Fenster, Magic Island, Jaakko Eino Kalevi, John Moods and Stella Sommer.