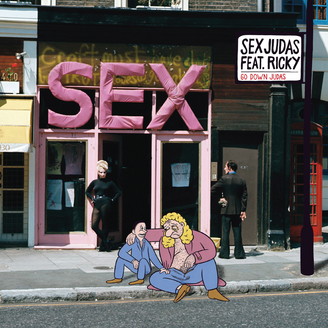 Play All 2xLP
It’s the return of the sexual vigilante Sex Judas and his trusted sidekick Ricky. This time in full album mode. Norwegian producer Tore Gjedrem of Ost & Kjex fame, channels his love of comix, bohemia and fascination with human vice, the unspoken, the Red Light districts, the alleys of the mind into his alter ego.

Sex Judas is no bad character but certainly says what it’s author cannot.

“I wanted to create a world where any musical idea is possible, wound together by the world and word of Judas, the ultimate sinner, reborn as a child of Venus.”