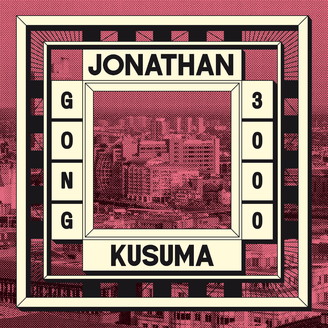 Play All 12"
Hot on the heels of Moscoman’s DARK HORSE EP, I’m A Cliché’s latest release features Indonesia’s best kept secret, the talented JONATHAN KUSUMA on the GONG 3000 EP where tracks ranging from the heavenly to the downright gritty showcase the full range of the producers’ abilities.

THE GRAND SEARCH An endless vertical ascension fuelled by an exhilarating groove and sounds both precious and grandiose from piano stabs to dreamy synths. As majestic as it is ecstatic, THE GRAND SEARCH is about taking the dancefloor all the way up to the heavens.

GONG 3000 Built around the massive sound of a synthetic gong, KUSUMA dramatically changes moods on this track. With a grumbling bassline, ricochet drums and an irresistible syncopated cowbell, there is a dark, frenzied and utterly danceable quality to GONG 3000. If there is such a thing as East Asian EBM, this track is totally canonical.

STREET SIREN A devastating peak time weapon where KUSUMA uses siren sounds, a ruthless rhythm section, intoxicating synths, samples and effects to create a colossal track. Rife with moments of tense build-up and climatic release this is a track that is guaranteed to shatter dancefloors. Urban grit has never sounded so classy.

STREET SIREN (KARAMIKA REMIX) Karamika is a duo formed by Black Merlin aka George Thompson and Gordon Pohl from Music Cargo. They take the darkest elements from the original track and transform it into a broodin track with a definite industrial feel which will boggle minds, melt faces and last but not least set bodies in motion.