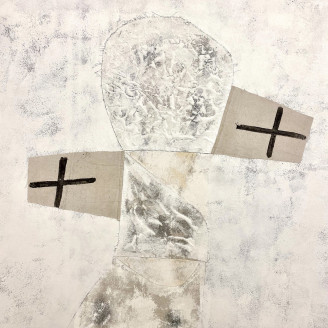 Play All LP
Suction Records welcomes Roger Semsroth back to the label - having previously released 2 full-length albums on Suction under his retired electro-pop alias, Skanfrom. “Grøndal” (suction051) is the debut vinyl release under a new alias, Nordvest.

These days, Semsroth is best-known for his stark and minimalist techno project, Sleeparchive. The material on Grøndal - icy, melodic, and mostly beatless - is comprised of tracks that were originally released digitally as Sleeparchive, via Bandcamp. The releases were met with general disinterest from Sleeparchive fans, prompting Semsroth to re-brand them as Nordvest, before removing them from Bandcamp altogether.

We’ve chosen 11 highlights from 3 of those digital albums, “Rooftops & Chaotic Streets”, “Scribbles”, and “Sleepless”, for a cohesive 11-track LP of austere, synthetic ambience. Think Tangerine Dream as reinterpreted by Incunabula-era Autechre, and you might be getting somewhere close. While “Rooftops & Chaotic Streets Seven” recalls Sleeparchive, and “Sleepless Six” could very well be a lost Skanfrom track, the rest of the LP clearly warrants a new alias - Nordvest is a new side of Semsroth that we haven’t heard before.