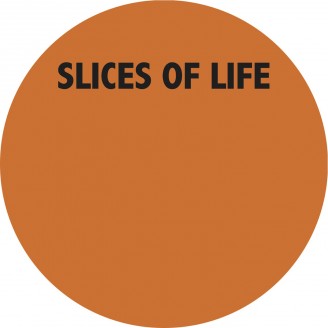 Hang In There Fry Guy The Mole

Play All 12"
2 hypnotic House tracks with the THE MOLE´s typical twisted disco atmosphere.

Back in the early 2000´s Colin de la Plante developed a very unique language as producer, which he has constantly continued, perfected and varied until today. No matter if THE MOLE´s productions made a move towards Techno, Minimal House or Deep House: his great love for Disco Music always shines through in a very distinctive way, sometimes very obvious, sometimes hidden in the background.

The 2 tracks that will be released on SLICES OF LIFE presents THE MOLE´s hypnotic and amazing paranoid Disco side. In "Hang In There Fry Guy" a female voice from far away whispers above percussions, synth lines and a massive beat, that leaves no open questions behind. "Now I understand" Is the logical follower of the A-Side and appears way more tidied up and reduced, but never less massive and fascinating. "Now I understand" opens rooms, where the short vocal samples seems to be floating. They soak you in and wouldn´t let you out before the last tone is finished.