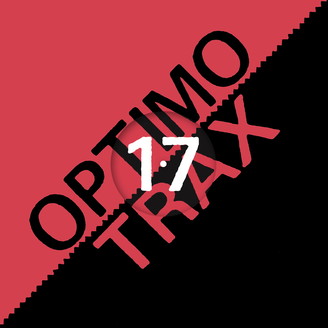 Play All 12"
The first split ep on Optimo Trax!

When the Golden Filter sent us 6 tracks to choose from for an EP release on Optimo Music, we were struggling to choose just 4 as we loved them all so much, so we decided to take all of them and put two that we felt were perhaps more DJ friendly out on Optimo Trax. "Heavy" (it is!) and "Outimacy" are both tried and tested in the clubs; two wild electronic signals with advanced synthetic sound design and monumental production. Boom!

We turned to Morgan Hammer to take on the other side (both sides are A sides!). After being blown away by hearing her DJ and finding out that most of the tracks we wanted to know the identities of were her own work, we chose two tracks that are mighty in their own right while also complementing the tracks by The Golden Filter. "Arrogant Bastard" gets asked about every time it is played out. A modern update of the Belgian electrobeat* sound (*electrobeat is a much better term than the not so great EBM) with Morgan's wildly deadpan vocals. It's already a hit. The EP is rounded off with her Hammer horror (sorry!) "Killer Nighter". An all-year-round delight but surely destined to be a future Halloween standard.