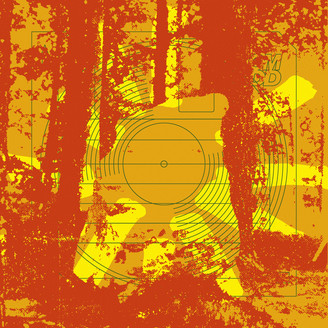 Play All Digital Single
Optimo Music’s connection with South America continues to mushroom with this 4 track EP from Hermetics.

Santiago Niño a.k.a HERMETICS is an accomplished eclectic & conceptual electronic musician originally from Bogota, Colombia but now based in Buenos Aires, Argentina. He has a deep discography of releases across a range of genres. He plans to keep experimenting and exploring new sounds and unique percussive atmospheres.

We asked Santiago to tell us a bit about The High Strangeness, and he goes deep…...

The High Strangeness EP tells a story of the diversity of images, textures and atmospheres that I want to explore with this project, and it is also a tribute to many concepts and topics that interest me.

“High Strangeness” transmits a psychedelic drama, an astral journey through unknown dimensions, a leap into the cosmic, into the extrasensory universe and the dreamlike nature of reality. When I listen to this track I can’t help but imagine Terence Mckenna telling his amazing experiences with Psilocybin and DMT. In part, this track is a tribute to the psychedelic counter-culture and its enigmas, Its high strangeness.

“Cobra Negra” is a state that connects me with the archetype of the warrior and his confrontation with his own shadow. There is an internal battle against the forces of nature and its’ violent and mysterious fauna. This track takes place in an imaginary jungle where the warrior faces all the beasts, snakes and insects of his psyche.

The sound of “Coherence” places me in a pre-dynastic Egypt of high magic. It immerses me in its esoteric mysteries and its advanced spiritual technology. It evokes in me images of strange rites and ceremonies that were in direct communion with the stars and other planes of existence. Egyptian wisdom and enigmas never cease to amaze me, and this track is a tribute to my fascination with this civilisation, which seems to come from other worlds.

“Bon” is a track, that like “Coherence’, is a tribute to a tradition, to an ancient shamanic culture, in this case, a tribute to the pre-Buddhist Tibetan ‘Bon’ tradition. The darkness, the hypnotism and the magnetism of its’ mantras are what I wanted to capture in this track, an atmosphere that makes one travel to the strangest abysses of the magical and esoteric practices of an old pagan east.