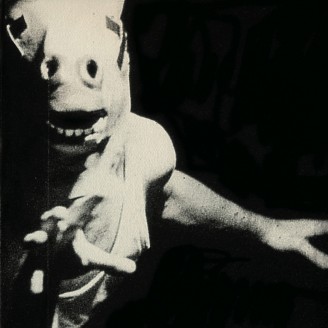 Hoping For The Invisible To Ignite Farewell Poetry

Play All CD+DVD
'Hoping for the Invisible to Ignite' was recorded and mixed between Paris, Normandy (FR) and Saint-Margaret of Antioch Church in Leeds (UK), these four haunting orchestral pieces were performed in the studio live, and re-recorded using a 'wall of sound' process, adding the natural reverb of the church to the raw tracks.

FareWell Poetry is a collective of Parisian musicians and an Anglo-saxon poet and filmmaker.

From indie to modern classical to drone and shoegaze, spoken word and experimental film, FareWell Poetry represents the pooled influences of its core members and passionate collaborators.

Somewhere between a sleep-starved Man Ray, the visual performances of Throbbing Gristle or the Velvet Underground, FareWell Poetry exudes a creativity inspired by a state of trance and seeks new boundaries to push back, new doors to open.