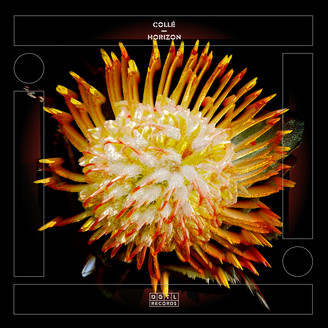 Play All Digital Single
Bringing another gem to the forefront, DGTL Records releases new music with DJ/Producer Randy Collé. The young artist’s years of production experience, combined with a multitude of music styles, is mirrored in his timeless yet fresh sound. Following the success of his single ‘Losing Time’ featured on his jointly-run label ‘Point in Time’, the 4-track EP reflects the emotion and depth that Collé has long brought to his sets. Inspired by artists like Cubicolor,Canada and Floating points —the new EP will be released on the 18th June 2021.

Setting the scene for the EP, the opening track ‘ATFER’ eases the listener into those first few moments on the dancefloor; with enticing grooves accompanying melodic electric-guitars and dramatic synth build-ups. The track is a direct imprint of his distinctive genre of music, which despite steering clear of clichés, manages to resonate with all audiences. It also embodies the inspiration for this release, stating “I always want to create something I feel touched by.”

It’s the perfect warm-up to what follows. True to its name, ‘Horizon’ is a playful storytelling of groovy electronica coupled with entrancing undertones. The surging nature of the track keeps the listener closely in its grasp, and is a masterclass on sleek sundowner sounds. It’s the perfect deep-dive into Collé’s production process; which he describes as a short film for which he makes the soundtrack.

Showcasing a more emotive style than its predecessors, ‘Now Here or Nowhere’ is the third track on the EP; with a somber take on signature house-percussion and emotive synth chords. Merging a sense of contemplation and depth, the track is an original take on dancefloor production that crosses over to the early hours of the morning.

As the closer of the EP, the fourth and final track is a remix on ‘ATFER’, by Silician DJ/Producer Musumeci. Adding an italo-ish spin on the original, the artist has been specially hand-picked by Collé to work on the EP. Re-imagining the track with his two decades of playing for international clubs and festivals around the globe, his adaptation of signature dance tempos and club-heavy electronic elements is the perfect wrap-up to this unique EP. We’re excited to see what’s next in-store for Collé.

Artwork is delivered by Tasso Okinawa, as part of the ongoing series he curates for DGTL Records.