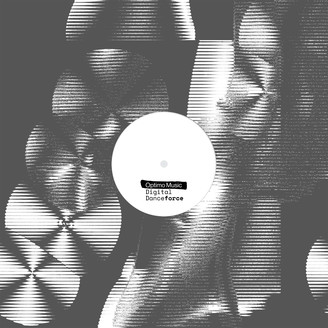 Play All Digital Single
Optimo Music Digital Danceforce is a label for new music, but I decided I’d mix it up a little bit and throw in a small handful of reissues from the early 1990s. These will all share the same key attributes. 1) I have been playing them since they came out and have never heard anyone else play them. 2) They rock a dancefloor. 3) They have a timeless/unique sound. 4) You can currently pick them up on Discogs for peanuts.

First up, from 1991 is Ragga house (should be a) classic “House Sensation” by Nu Jacks, which came out on Tim Taylor and Tommy Musto’s Fokus label, also home to cult releases from Bitin’ Back and The Vision, a huge club hit from Egyptian Empire and Joey Beltram/Frankie Bones remixes of a chart hit, ‘Move Any Mountain’ by The Shamen.

‘House Sensation’ is out there on its own. It really does sound as fresh today as it did in 1991. Written By Femi B, Mr. C & Neil McLellan, not to belittle the backing track which is a rock solid UK house belter with low slung bass, bleeps, crisp drums and lots of space the true star of the show here in my opinion is Ivory Ranks, whose sensational Ragga vocal takes the track to a whole new level. Ivory Ranks lyrics are also a time machine back to the early 90s club scene, particularly in the end section where he shouts out lots of forgotten participants in the London scene.

Included on this release are the original Vocal mix and the No Trouble We Mix, a more dubbed out version with more input on the microphone from Mr. C, then right on the cusp of global fame as the rapper with The Shamen on their infamous “Ebenezer Goode” no. 1 hit.

Incredible to me this isn’t better known/appreciated.