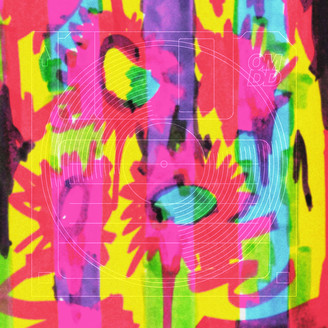 How Much Are They? Benjamin Fröhlich

Play All Digital Single
Munich’s Benjamin Fröhlich, co-founder of the Permanent Vacation label, takes his turn on one of the most influential tracks in electronic music: “How Much Are They?”

Originally released in 1981 on the album “Full Circle”, “How Much Are They?” is a genre defying collaboration between Dub wizard Jah Wobble and Can’s Jaki Liebezeit and Holger Czukay. With the combination of Dub elements, punk bassline and drum machine percussion the track is a blueprint for electronic music and ahead of its time in many ways. No surprise, it quickly became a staple in clubs from New York to Berlin.

Through the years the track was a big inspiration for Benjamin. His careful cover version updates “How much are They” for today’s dancefloors, while maintaining the original atmosphere. Originally his version was part of LAGASTA’s 10-year anniversary compilation. Now it gets the official release and finds the perfect home in Glasgow’s Optimo Music imprint backed up with two remixes by Chicken Lips and Daniel Bortz.

Andrew Meecham and Dean Meredith revive their Chicken Lips moniker, that was responsible for a whole movement of Disco-Dub in the early to mid 2000’s, and prove that they haven’t lost any of the magic. German wonder boy Daniel Bortz reinvents himself and comes up with a heavy bass-driven version that sits somewhere between Jungle, Dub and early Techno. Ok, let’s go!