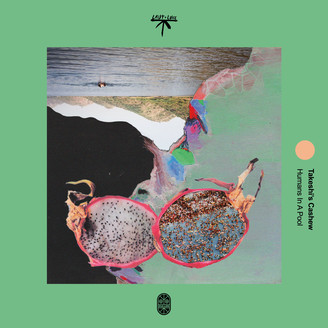 Humans In A Pool Takeshi's Cashew

Play All LP
Takeshi‘s Cashew are a newly formed cosmofunk group that explores the boundaries of club culture, world music and 70‘s psychedelia. Their diverse musical background fuses to a colorful vision of their respective genres embedded in a club-like beat framework. Takeshi elevate their often complex arrangements to beautiful composition with a danceable foundation.

During summer 2020 Takeshi‘s Cashew recorded their debut album „Humans In A Pool“ in their tiny DIY studio in Vienna. A journey into cosmic krautrock, cumbia, afrobeat & disco, which can only be surpassed by one of their live performances – for which they teamed up with pojpoj agency, who already feature artists like Khruangbin, l´Eclair and Yin Yin.