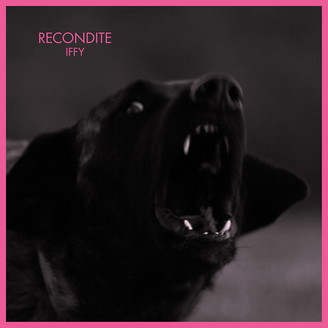 Play All CD
Few new techno artists of the past years gained as much momentum as Recondite. His atmospheric, driving, bleak tracks are techno to the core. But they are much more. They are not Techno about Techno, music reprocessing other music, but music about emotion and experiences. In dealing with themes like longing, nostalgia, romanticism and the general uncertainty of being human, the productions of the thoughtful Bavarian introduce a new range of issues and emotions. His music is widely available through many releases on renowned labels such as Ghostly, Hotflush or Dystopian, but it never reveals its mystery. It is charming, yet serious, it is beautiful but dark. It is the soundtrack for a perfect night out, and it reveals a profound insight into the abyss of the human experience.

With Iffy, his third album, Recondite tries to introduce a wider audience to his basic interest: the feelings and emotions that are hidden in the dark. Recondite does not present the arrangements and structures on a silver platter, but leaves room for interpretation. He is not interested in getting blurry or arbitrary tough. Managing to put his moods in a nutshell he does not need words or voices to allow people to relate to his unique personal experience.

The dogs indecisive expression on Iffy's front cover is the major key emotion, leading through the whole record. It is driven by conflicting moods and despite all commitment the outcome always remains open. But there is existential gravity in its core, which makes Iffy more accessible than Recondite’s previous works and therefor delivers his idea in yet another - different robe. Innervisions being the platform for this piece of music promises to be the perfect fit as the ever emerging and highly respected Berlin record label’s musical ideas and harmonic desires are nicely in tune with the bavarian producers output and personality.