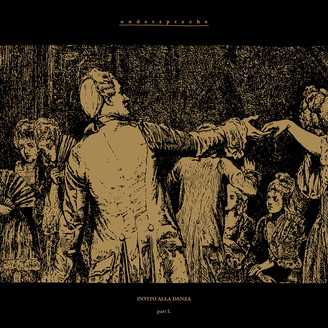 After a split single with Muslimgauze and a single of their own on Optimo Trax, we are delighted to present the first Optimo Trax album release by Italy’s Underspreche. The album is split across two four- track EPs, released two weeks apart (and also as a complete digital album).

We try to avoid over-hyping our releases, but this one is really fully deserving of the hyperbole I am about to bestow on it. Underspreche first sent me some music a few years ago and seeing them grow and develop has been nothing short of astonishing. I think this is some of the most nuanced and advanced music that Optimo Trax has ever released. There are several dancefloor destroyers here but also music for more developed/leading-edge floors too, as well as some music simply designed to make one’s mind melt. It is very rare that I listen to 4/4 music at home, but this album has been a constant on my hi-fi since it was sent to me.

Super-advanced, organic sampling, inspired vocalisations, acute psychedelic modular sequences, forward- thinking drum programming, this is exactly what I hoped Optimo Trax would be about when I started the label.

From Underspreche’s souls to yours.