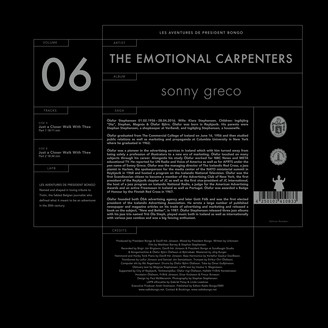 Just a closer walk with thee The Emotional Carpenters

Ólafur was born in Reykjavik. His parents were Stephan Stephensen, a shopkeeper at Verðandi, and Ingibjörg Stephensen, a housewife.

Ólafur graduated from The Commercial College of Iceland on June 16, 1956 and then studied public relations as well as marketing and propaganda at Columbia University in New York where he graduated in 1962.

Ólafur was a pioneer in the advertising services in Iceland which with him turned away from being solely a profession of illustrators to a new era of marketing. Ólafur touched on many subjects through his career. Alongside his study Ólafur worked for NBC News and META educational TV. He reported for UN Radio and Voice of America as well as for AFRTS under the pen name of Sonny Greco. Ólafur was the managing director of The Icelandic Red Cross, a jazz pianist in Harlem, the spokesperson for the media center of the NATO ministerial summit in Reykjavík in 1968 and hosted a program on the Icelandic National Television. Ólafur was the first Scandinavian citizen to become a member of the Advertising Club of New York, the first president of the Reykjavik chapter of JC as well as the first vice-president of JC International, the host of a jazz program on Icelandic National Radio, a judge for the American Advertising Awards and an active Freemason in Iceland as well as Portugal. Ólafur was awarded a Badge of Honour by the Finnish Red Cross in 1967.

Ólafur founded both ÓSA advertising agency and later Gott Fólk and was the first elected president of the Icelandic Advertising Association. He wrote a large number of published newspaper and magazine articles on his trade of advertising and marketing and released a book on the subject, “New and Better”, in 1987. Ólafur Stephensen released three jazz albums with his jazz trio named Tríó Óla Steph, played music both in Iceland as well as internationally with various jazz combos and was a big fencing enthusiast.