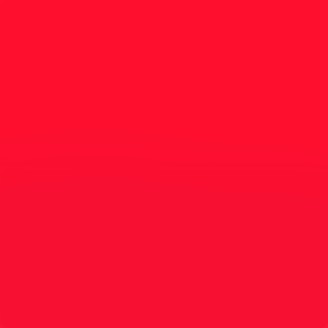 Play All LP
Bellringer by day, DJ by night, Philipp Gorbachev returns to his own PG TUNE label for his fascinating third LP, KOLOKOL (‘The Bell’). A singular blend of cutting-edge techno and industrial with the distinctive sound of Orthodox church bells, Philipp Gorbachev’s unique vision, also extended to an accompanying experimental documentary and a radical new live show, documents the life and spirit altering experience of becoming a bellringer himself in the time since his last full-length, 2016’s uncompromising ‘Unlock The Box’. Now, on KOLOKOL, Gorbachev utilises his masterful use of electronic music textures and his multi-instrumental to adapt and subvert some of the most inspiring sounds that have ever rung out.

Originally conceived as an Eastern ‘gospel’ inspired album in the vein of Robert Hood’s pulpit trips as Floorplan, the resulting record is an earthier, more brooding journey, arguably echoing the soothing and powerful tones of the bells themselves, which match the earth’s frequency of 8hz, rather than classic and increasingly digital club sounds. Those anticipating claps, snare rolls, hi-hats and melodies may find themselves surprised and moved in unexpected ways; in the sonic church of Gorbachev’s creation, the ever-unpredictable Gorbachev mines tension, ecstasy and catharsis in the sound of more than 40 belfries, played live by hand, sampled and then sequenced with compelling and inspiring results.

In an accompanying and beguiling short film, we glimpse Philipp Gorbachev at the mercy of both the bell and a higher power at St. Nicholas Orthodox Church in Berlin, and wandering across the vast, snow-dusted plains of his native Russia. Abstract and provocative visual sequences combine the experimental, industrial sound design of the record with distinctive imagery from Christian Orthodox heritage, to subtle and even quietly psychedelic effect.

Completing Philipp Gorbachev’s holistic vision for the project is a new live show, already premiered at Moscow’s legendary Mutabor club in May, which sees the producer meld the communal and healing atmosphere of the traditional belfry with the more radical surroundings of the rave culture he is best associated with. A bracing and unforgettable introduction to this new style of spiritual music, the performance will tour avant-garde festivals and club spaces over the next twelve months. An ambitious and highly personal statement, KOLOKOL is an independent and necessary call for new bridges between spirituality and rave culture, demonstrating how an unexpected blend of technology and faith can transform ancient dogmas into communicative code that can heal anger and separation in the modern age.