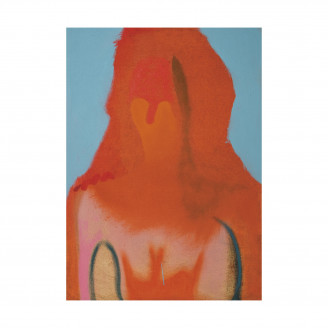 Play All 12"
Following up to his debut mini-album “Antennen” issued last year on Noorden, fellow Cologne-based producer Panta Rex returns to the label with “Lefty”, his sophomore three-track delivery which finds him scoping out the confines between photophobic modular techno, subsheavy traction and AI-operated melodicism.

True to the intricate engineering of his first compositions, Panta Rex expands his sonic logos to even broader horizons of -altered- functionality. Most definitely a piece of club-oriented abstr-activism though offering vaster sequences and audio expanses to perambulate your mind within, “Lefty” is a mille-feuille of textural ambiguities, secret rooms and corridors – piecing together galloping dynamics with bleepy opaqueness as it leaves your mind out of focus all the way through to a steely, slo-burning yet highly choreographic finale.

Veering off to a more aqueous, dubby state of mind, B1 “Swerve” draws the loud, muffled kicks and FX-drenched synth stabs for a much immersive ride in the deep, shrouded in organic envelopes and overlapping layers of intriguing sonic minutiae. Closing cut “Dizz” wraps it up on a more breaksy note with its contrasted ballet of wistful strings, sliced-and-diced drumwork and dissonant chimes opening us to a heightened, 90s-informed apex of sorts, where Panta Rex’s subtle touch and widescreen vision bloom all the more unreservedly.