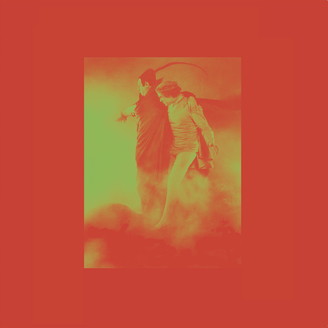 since Ramona presented all her disciples work throughout the first Lifesaver compilation in 2013, it's now time for another episode of togetherness. Summoning all of her artists around Frankfurt and those who live around the world, Ramona is now ready to present the Lifesaver Compilation 2.

Kicked off by one of the Frankfurt young guns, the compilation leans into a melody-driven warm-up with a slight hint of analogue soul – "Digital Revolution" by Orson Wells. Next up is the Italian-born and now Berlin-based Massimiliano Pagliara. His contribution "Phasing Down The Sea" enriches the second Lifesaver installment with some of his signature synth-lines paired with a classic chicago-driven beat. The secret weapon from Kilianstädten also known as Mr. Melody, who goes by the name of Lauer, delivers a dark-italo and wave-ish piece topped off with the famous Lauer-craziness called "Language". Roman Flügel, the man of the hour, reinvents classic UK bleep-techno with “Tender Hooligan". Another member of the young-guns-club, Chinaski, brings his certain level of synthesizer-love to the table with a track called “Futuresex". Portable, one of Ramona's most delicate flowers, teamed up with Lcio again – together they created a hieroglyphic and deep-driven piece of music: "Dive In". TCB, also known as the only member of The Citizen's Band, delivers "Byrdmap", a solid piece of spheric deep and broken music. "Brainwashed" by Benedikt Frey marks the end of the compilation and simultaneously shows his dimension of futuristic dark-disco acid-madness.

The Lifesaver compilation will be released as a double 12"-vinyl. Additionally Live At Robert Johnson will release an Extension-10"-vinyl containing two brand new tracks by the infamous Hotel Lauer and Tuff City Kids end of March 2015.