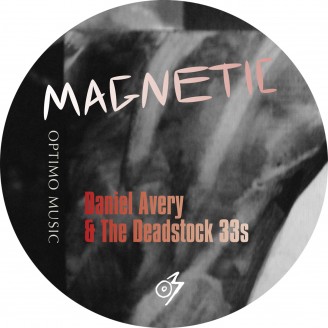 Play All 12"
Two definitive dancefloor powers collide with some dark, space, psych-out grooves. Don’t worry, there’s some melody going on here. A serious electronic feel too. The deep vibe of early acid house minimalism is abundant as well. Just listen, and all shall be revealed.

As for the artists…? Well, old school meets new school. And the credits and associations of these two are so extensive, well, it’s almost embarrassing if you don’t know them.

DANIEL AVERY: The top of the class of the new breed. A resident DJ at Fabric. Started producing music under the name stopmakingme. Now signed to Erol Alkan’s Phantasy Sound under his own name. Remixes for The 2 Bears, Django Django, The Horrors, Mickey Moonlight, Metronomy, DFA 1979, In Flagranti, Black Devil Disco Club. Chosen as Andrew Weatherall’s One to Watch for Time Out. Andrew said “he makes gimmick-free machine-funk of the highest order. There were times in 2011 when part of my set was pretty much an Avery mega-mix, and I sense that those mega-mixes will only get longer in 2012.”