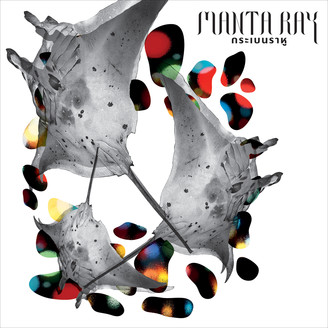 Play All CD
MANTA RAY is the first release of Snowdrops, a French-based keyboard duo composed by Mathieu Gabry and Christine Ott (Yann Tiersen, Tindersticks, Foudre !...) ; this opus is the soundtrack they composed for Phuttiphong Aroonpheng's film of the same name, which has won several awards including Best Film in the Orizzonti section at the Venice Film Festival.

Strangers in a strange land... Borders, belonging and banishment are the issues in Manta Ray. The Thai film trains a poetic look at the void of humanity through the story of two men, a Thai fisherman with peroxide blonde hair and a nameless stranger stuck in a foreign land and supposed to be a Rohingya of Myanmar, whose continuing persecution is constituting one of the biggest human rights scandals of our time.

The realism of this story melds with magical elements into a complex whole leaving plenty of room for interpretation. Aroonpheng's first feature is a mesmerizing experience, sometimes compared to Weerasethakul's Uncle Boonmee & Hitchcock's Vertigo.

Snowdrops' soundtrack brings another dimension to Aroonpheng's movie. The duo was especially focused to build their sound here on a frame of keyboards of different generations (Ondes Martenot, Mellotron, MS2000 or Altered keyboards). The color is sometimes dark (‘The Mangrove’, ‘Losing a Friend to Death’), sometimes surrealistic (‘Lights in the Deep), and in the case of ‘Weird Dance’, a suggestion of romance between the two main characters on the rhythm of a dreamy electronic tune. The French duo also re-arranged a composition (‘Hot Springs’) by renowned Thai singer Rasmee, who features as an actor in the movie.

Always moving in a physical and sensorial approach, Snowdrops were also involved in the sound design of the movie, as the music is often merging with the other auditive elements and with the images themselves as an organic painting; this hypnotic experiment finds its climax at the end of the movie, with Ott's piano running wild and Gabry's soundscapes swirling in between The Harmony of Rohingya's Voices in a breathtaking scene.