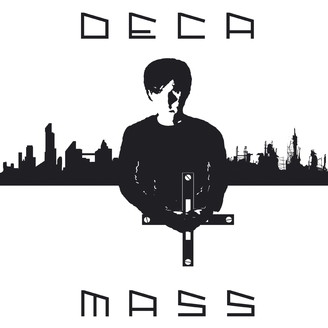 Play All LP
Deca (Federico De Caroli), composer and musician graduated in piano, for over 30 years is a protagonist of the Italian electronic and experimental scene, then approaching to other fields such as theater, multimedia and television. He is a great summoner of dream suggestions and started from the lesson of cosmic school to arrive at a personal alchemy of tradition and innovation, clutching the paradigms of artificial sound on the natural one.

He began playing in 1975 and in 1983 bought his first synthesizer starting a long process of creative evolution, playing in parallel bands that are inspired by the British new wave as Joy Division, The Cure, Killing Joke and studying the dynamics of synthetic sound.

In 1985 he began his solo record productions carreer based on linear sequencer plots and minimal compositions that refer to already famous authors for electronic music like Jean-Michel Jarre, Kraftwerk, and Vangelis, but also the so-called Kosmische Musik of Tangerine Dream and Klaus Schulze.

"MASS" was produced in 1987/1988 with a Roland synthesizer and only distributed on cassette in limited edition. It is a more rhythmic album than his other works of the time, and ranks as the third of his discography, after the very collected "Alkaid" (1986) and "Synthetic Lips" (1987).

It is a dark and minimalist electro-wave album of states of distressed mood, strongly dark.

The cover art, as for all his albums, is also relesed by Deca.