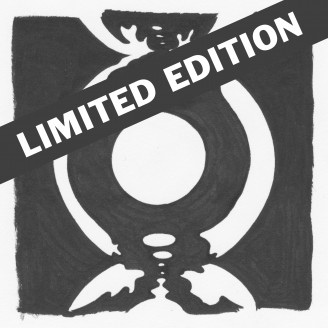 Play All 2xLP+CD, Limited Edition
Matt Karmil is a British musician currently residing in Sweden. “++++” is his third album, following 2014's PNN debut ”- - - -” and IDLE033, released on Bristol label Idle Hands earlier this year. His output also includes a variety of singles for labels such as New York's Beats In Space Recordings and Stockholm's Studio Barnhus.

On this new album, Karmil can be heard exploring the concepts of impossible objects, reflection, symmetry, infinity - perspective, truncated and stellated polyhedra - hyperbolic geometry, tessellations and lost love. While making the music that constitutes “++++” he interacted with mathematicians George Pólya, Roger Penrose and Harold Coxeter as well as the crystallographer Friedrich Haag, and also conducted his own research into tessellation.

The result is “++++”, Karmil's most clever, strange, emotional and fun work yet, a testament to his breadth and depth as a musician. Did we forget to mention that he's an awesome party dj?
Limitierte Edition