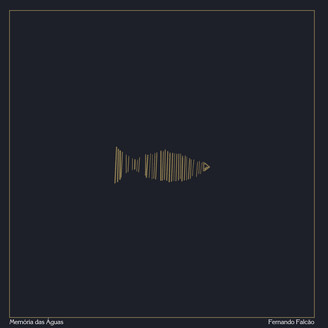 Play All LP
Selva Discos returns to the LP reissue game with a bang – by giving a new life to the stunning and very sought-after Memória das Águas album by Fernando Falcão. Originally recorded in 1979 in Paris but only released independently in Brazil in 1981, the album comes complete with genre-hopping explorations that swirl around ambient soundscapes, lively jazz, experimental-leanings, Afro-rhythms and a unique blend of Latin grooves and French pop with a Brazilian accent, but it also comes with a story as deeply unique as the music.

To make a long story short, after participating in the political movements against the military regime in 1968 in Brazil, Fernando Falcão left the country and moved to France, where he lived in exile for 15 years. There, after working in music, acting, and sculpting, he involved himself in Jérôme Savary's legendary Grand Magic Circus, where he met his first wife, Valérie Kling. It was from this relationship that a partnership began between the musician and his father-in-law, the artist François-Xavier Lalanne, who guided Falcão in the process of inventing sound sculptures such as the balauê – a horizontal version of the berimbau string instrument whose sound was influenced by a water stream (since there was a hose soaking parts of the balauê wet during the performances). Much of this exploration and experimentation resulted in the album Memória das Águas.

The album still sounds like little else from the time. As audacious and experimental as it is seamlessly listenable, it takes in immersive textures one moment before breaking out into Fela Kuti-esque brass-soaked grooves the next. It’s ultimately a record that captures the spirit and rhythm of Falcão’s homeland combined with the lush production and art-pop approach associated with his exiled home; It’s a polished, well executed and glistening record. Its fusion of African, Brazilian, jazz, pop, classical and avant-garde collides to create a record that spans as many continents as it does genres.

Remastered from the original master tapes, not only the sound but the artwork of Memória das Águas was completely and faithfully restored. Also, the reissue comes with unprecedented liner notes featuring rare photos of the musician and his sound sculptures plus articles that help to explain who Fernando Falcão was and where Memória das Águas sits among other staples of Brazilian music, including one from DJ and selector John Gómez – who helped to connect Selva Discos' Augusto Olivani with Diana Lion, Fernando Falcão's daughter (since the musician died in 2002), for this project. After Memória das Águas, Selva Discos will also reissue another long lost Fernando Falcão LP album – Barracas Barrocas.