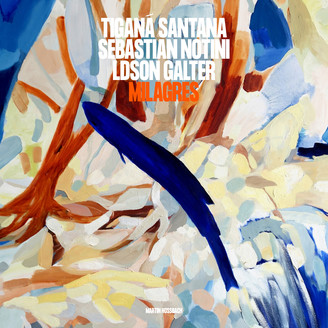 Play All Digital Album
»Milagres« is a unique interpretation of legendary Música Popular Brasileira protagonist Milton Nascimento’s album »Milagre dos Peixes« that was released in 1973 after having been censored by the Brazilian authorities. The trio’s take on Nascimento’s much-debated album was premiered in Berlin at the »No! Music Festival« at Haus der Kulturen der Welt in 2017. The trio recorded their version later in Sebastian Notini’s studio in Salvador de Bahia.