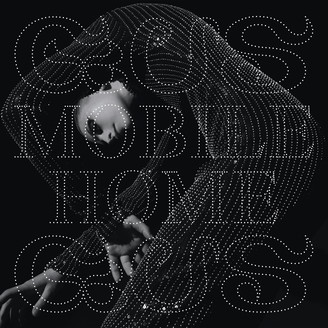 Play All LP
World-renowned group GusGus have returned with their 11th studio album, the highly emotive Mobile Home, marking their first album release since 2018. The collective once again prove their commitment to pushing their artistic boundaries as they release one of their most ambitious and powerful albums in decades. For their latest record, GusGus call on VÖK’s lead singer Margrét Rán to help expand their style, keeping the collective’s sound as fresh as ever. The 9-track album features a concoction of electronic rock, ambient, darkwave, downtempo, and synthpop.

After announcing a new album in October 2020, GusGus wowed fans with their first single “Higher,” offering a first taste of how VÖK’s impactful vocals mesh seamlessly with GusGus’ intelligent and powerful electronic production. “Higher” was soon followed up with the darker, downtempo “Stay The Ride” and the bright and energetic synth work on “Our World.” The three captivating singles each received equally remarkable music videos courtesy of founding members Arni & Kinski, the directing team known for working with the likes of Sigur Rós, Kiasmos, Ólafur Arnalds, Of Monsters and Men, and more.

Every track on Mobile Home doubles as a window into a futuristic dystopian world that has been overtaken by machines. A nod to the rise of technology and ever-growing uncertainty surrounding automation, the album explores themes of solitude, rebellion, science fiction, hedonism, pleasure, and anger. Swirling within this world is a disconnected, aching soul who is on the verge of slipping into complete dementia. Forgotten purpose and goals but continues to be driven by the hedonistic default program of material consciousness; sensually self-indulgent and engaged in the pursuit of pleasure alone. In Mobile Home, GusGus challenge themselves like never before, resulting in a wonderfully chaotic reflection of the ongoing war between soul and machine.

With Mobile Home, GusGus show the quality and sonic diversity of the singles pervades throughout the full LP, while preserving the melodramatic themes that tie its 9 tracks together. “Simple Tuesday” showcases the group’s aptitude for blending contemporary electronic production with pop sensibilities while keeping an optimistic tonality at the forefront. Meanwhile, “Love Is Alone” and “Original Heartbreak” offer a slower, more pensive take on synthpop, and evoke feelings of solitude and deep melancholia. “Silence” and “The Rink” boast some of GusGus’s more experimental production, each alternating between radio-ready vocal verses with inventive and exciting synth elements. GusGus closes Mobile Home with “Flush,” an instrumental score that leaves the listener riding high as they finish the LP.