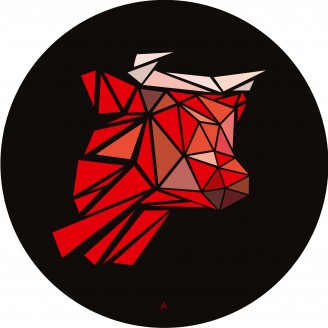 Play All 12"
Headed by a Carioca who was blessed with the name of his own city, MooDisco contains a 3-track bomb from Leo Janeiro with DOC label boss Gui Boratto and a very special remix by French act Rodriguez Jr.

This could just be a happy coincidence, were it’s not for the fact that Leo’s trajectory made him a protagonist of the electronic music scene in his hometown, Rio de Janeiro. He built a career dedicated to music. In a city with so many daytime attractions, it is the night and electronic music that has been blessed with his talent. He has compiled an impressive list of residencies and performances globally. Known as one of the ambassadors for Brazilian electronic music, Leo has the ability to combine originality to a universal language. Just like his hometown.

On this limited edition vinyl and digital release, Leo Janeiro, Gui Boratto and Rodriguez Jr. presents a serious track sequence of techno and house beats. Each artist has kept its own trademark. ”I had a lot of ideas and one of them was to have a remix by an artist that I admire, respect and have a personal relationship”, says Leo Janeiro. Rodriguez Jr. (Oliver Mateu), shared his unique talent creating a remix for MooDisco. He is the one half of French electro act The Youngsters – best known for their two studio albums and singles for Laurent Garnier’s label. Rodriguez Jr. reveals a different incarnation of Mateu’s musical psyche; moving through shimmering, contemplative electronica, to deep and urgent techno, leftfield melodic accents and quirky pop refrains. A perfect blend for this project.

MooDisco is a combination of artists and friends on the move. They are tireless in enthusiasm and are bursting with new tunes and projects.

A straight punch EP release with serious beats, deep melodies and the synth keys we just love to listen over and over!