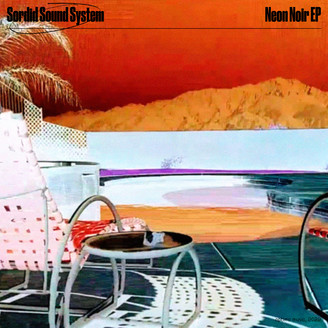 "There was a desert wind blowing that night. It was one of those hot dry Santa Ana's that come down through the mountain passes and curl your hair and make your nerves jump and your skin itch.

The barman called last orders, so I left the dive like I was falling out of water, got into my car and drove west on Sunset and down all the way to the Coast Highway. Everywhere along the way gardens were full of withered and blackened leaves and flowers which the illusionist had burned.

But the ocean looked cool and languid and just the same as ever. I drove on almost to Malibu and then parked and went and sat on a big rock that was inside somebody's wire fence. It was about half-tide and coming in. The air smelled of kelp and glowed like neon noir. I watched the water for a while and then I pulled a string of Bohemian glass imitation pearls out of my pocket and cut the knot at one end and slipped the pearls off one by one.

When I had them all loose in my left hand I held them like that for a while and thought. There wasn't really anything to think about. I was sure.

"To the Gods below," I said aloud.

I flipped her pearls out into the water one by one. I was as hollow and empty as the spaces between stars."