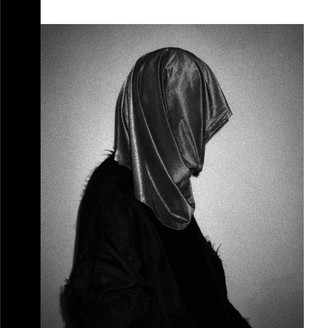 During the record, we partly follow the path of an avatar as it arrives, and later departs from, a snowy, unnamed place, silent and deserted. Its only contact is with another avatar that explains that it has »fallen into Soft Time« – a sort of suspended and repeating time-state.

The record goes on to deal with themes of space and time, and identity. Recorded between 2011-2013, it seems strangely to foresee events such as Brexit and the empty cityscapes of the Covid pandemic.

»Permission for exit of the Schengen Area?,« the avatar asks in »Warp III«. »Permission granted,« comes the reply. In title track »New Smoke« the protagonist cuts off a hand to leave one place and to venture into a foreign one, with »New Smoke in his lungs«.

A semi-apocalyptic, almost shamanistic atmosphere permeates the record. »Sun Ra for Northerners«, is patchworked almost entirely from field recordings of former military parade ground Alexanderplatz, and the subways that pass below it. The result is an unraveling sonic howl that implodes at the same time, with sounds of explosions, pan-pipes and burger take-outs.

In »ID« the song's character »hits the face of the ocean« with teeth »made of mercury« and gloves of »wolf fur«, while in »Birch Not Glass« the long haired narrator with eyes in its legs, rubs salt into its skin and walks through snakes. »All that was wind, now becomes solid,« Vvond sings in »Mad Hours«, with the warning: »Cloven handed and numb and Cloven handed and dumb, and coming right over the hill.«

The album was mastered by Rashad Becker at Dubplates & Mastering Berlin (except for »ID«, mastered by Mike Davis). The album cover features the work of Swedish photographer Henrik Strömberg, and is designed by Julie Gayard at JUTOJO.