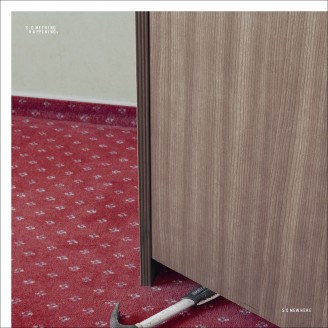 Off The Grid Love Over Entropy

Play All 12"
On a Saturday night you might find yourself in a dark, smoky club, dancing until your clothes are soaking wet, but somewhere else in the world in the same moment someone is cutting down a tree in a rainforest. A red car crashes into a lamppost and a girl with curly hair falls deeply in love with a Japanese mailman.

Today signals the much anticipated launch of the new label of DJ, producer and Trouw resident Nuno Dos Santos. "The name itself leaves a lot open for your own imagination. I want to release musical material from befriended producers, new talent and my own work on Something Happening Somewhere (SoHaSo)."

SoHaSo 001 comes from the mysterious Dutch producer Love Over Entropy. ‘Off The Grid’ is beautifully deep, atmospheric and hypnotic number that envelops the listener with its warm and tender touch as its swelling keys pulse in waves of increasing intensity that never meet a crescendo.

Fellow Dutch producer Versalife (aka Conforce) harnesses the power of the original, adding ambient textures and breakbeats to give Off The Grid an impressive Detroit electro vibe. The release is closed by a second Love Over Entropy original the 10 min tech workout, Groundswell. A new school hypnotic stormer that builds and builds to epic proportions.